The third of my Yorkshire Compass Rides was a wind-assisted glide through the Wolds to seaside Bridlington, and the eastern promontory of Flamborough Head. It included the area's most scenic downhill, a Roman Road, a lighthouse-rich chalkberg, and a land train.

There's always something nice about returning home. Less so this morning, though, as I twice had to go back after setting off thanks to forgetting maps, water, locks, lunch etc.

The maps I could have forgone, but not the lunch: it's socially more acceptable to ask for directions than for food. But, by mid-morning, I was being airlifted by the tailwind up into the Wolds from Leavening, with the hardier of the daffs still painting the morning yellow (pic). 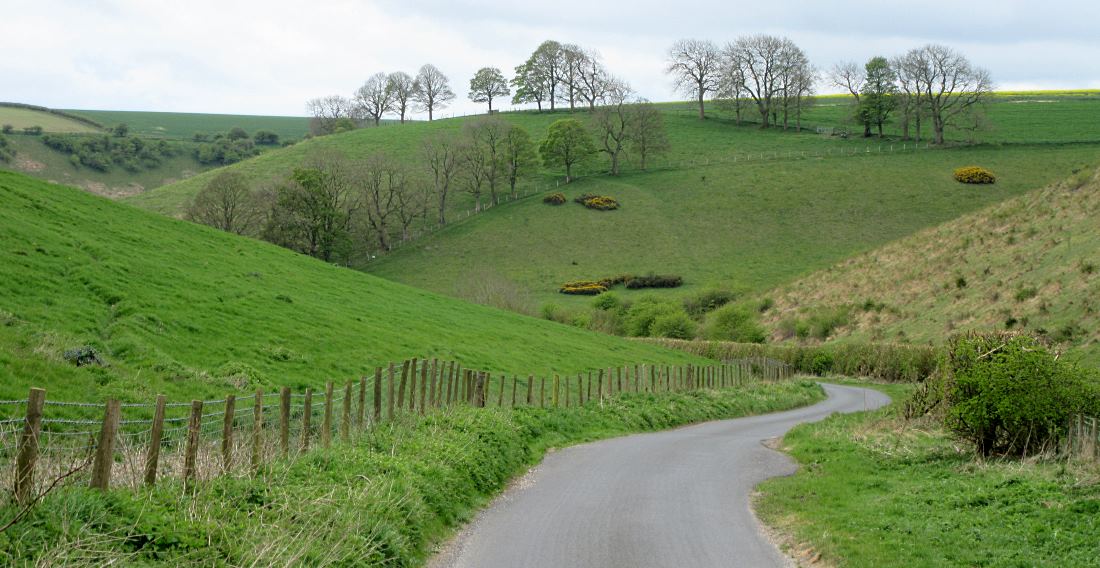 The freewheel down Water Lane's winding dry valley into Thixendale is one of my favourite rides in Yorkshire (pic). It's worth stopping occasionally to enjoy the solitude, admire the fields full of perky lambs, and evade the bladed tractor trailers that speed past occupying the entire single-track road. 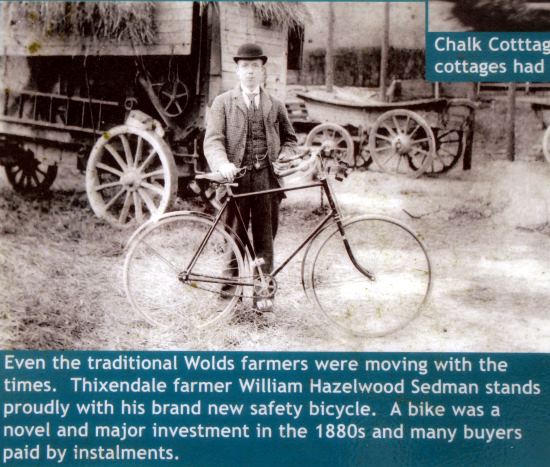 'There's always a bike', it's said. The always-bike was here (pic) on the information boards in my Second Breakfast stop in Thixendale village. This is farmer William Sedman chuffed with his new bike circa 1890.

He'd have known only rough farm tracks and potholed, crudely-surfaced – but virtually untrafficked – country lanes, so he'd be amazed to see what cycling is like here today. It's exactly the same.

My approach to Bridlington was along the old Roman Road that linked the town right through to York (pic). It's still possible to trace, even ride, the old road all the way: by turns it is the A166, overgrown footpaths, tractorways and single-lane tarmac back lanes.

Miserable old poet AE Housman moaned on about standing in dead Romans' footsteps like this in his lament On Wenlock Edge.

Come on, AE, cheer up lad! Yes, Brexit, Trump, climate change, we're all going to die, blah blah. But the wind's behind us, it's a bright breezy day, we're on our bikes in friendly scenery in the best county in the world, and the sign outside Sledmere House's cafe promises us ICE CREAM – VENISON – RHUBARB. 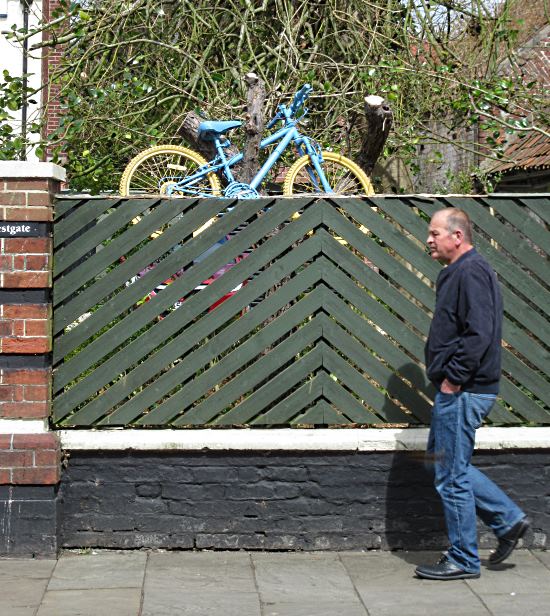 Anyway, in Brid (locals truncate place names by eliding all suffixes: 'Brid', 'Pock', 'Driff' etc) they're gearing up for the Tour de Yorkshire's arrival next week. In tribute, gaudily coloured bikes had been put high up on walls or up trees (pic). Or perhaps it's the only place you can stop them getting nicked. 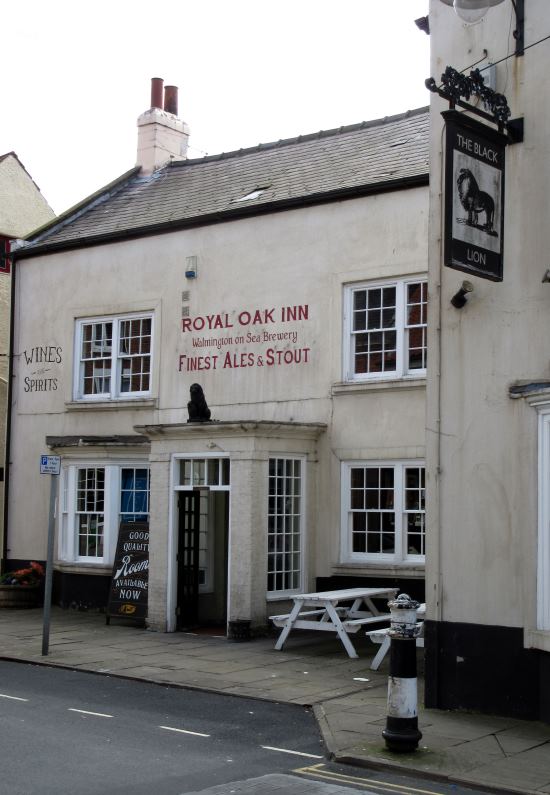 Brid was the location for the filming of the recent Dad's Army remake. The Old Town – really one street that the Sustrans route helpfully takes you down – still has a few shops left in the period setting for it, most notably the Black Lion (pic), the 'Royal Oak' of the film.

Reviews of the film were unanimous in their high praise for the fine script, superb acting and rich humour of the original. 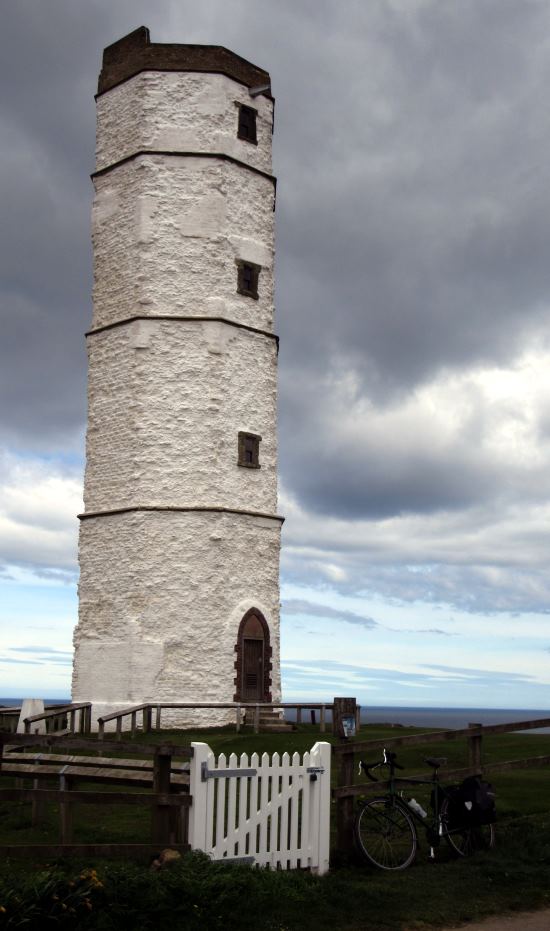 Flamborough Head isn't the easternmost point in Yorkshire – that's further south, on Spurn Head – but it's locally the furthest out into the North Sea.

It certainly feels like a place on the edge, with its two lighthouses that are like chalk and cheese. This one (pic) is made of chalk... 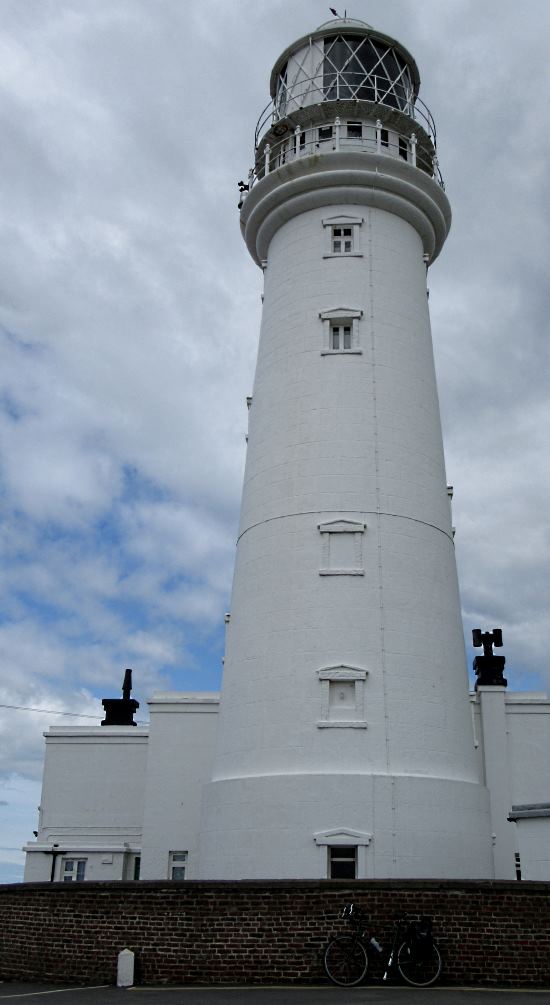 Perhaps it failed because unlike this modern one, it did not have a café-bistro serving fish and chips and lager to friendly, busy crowds of locals. 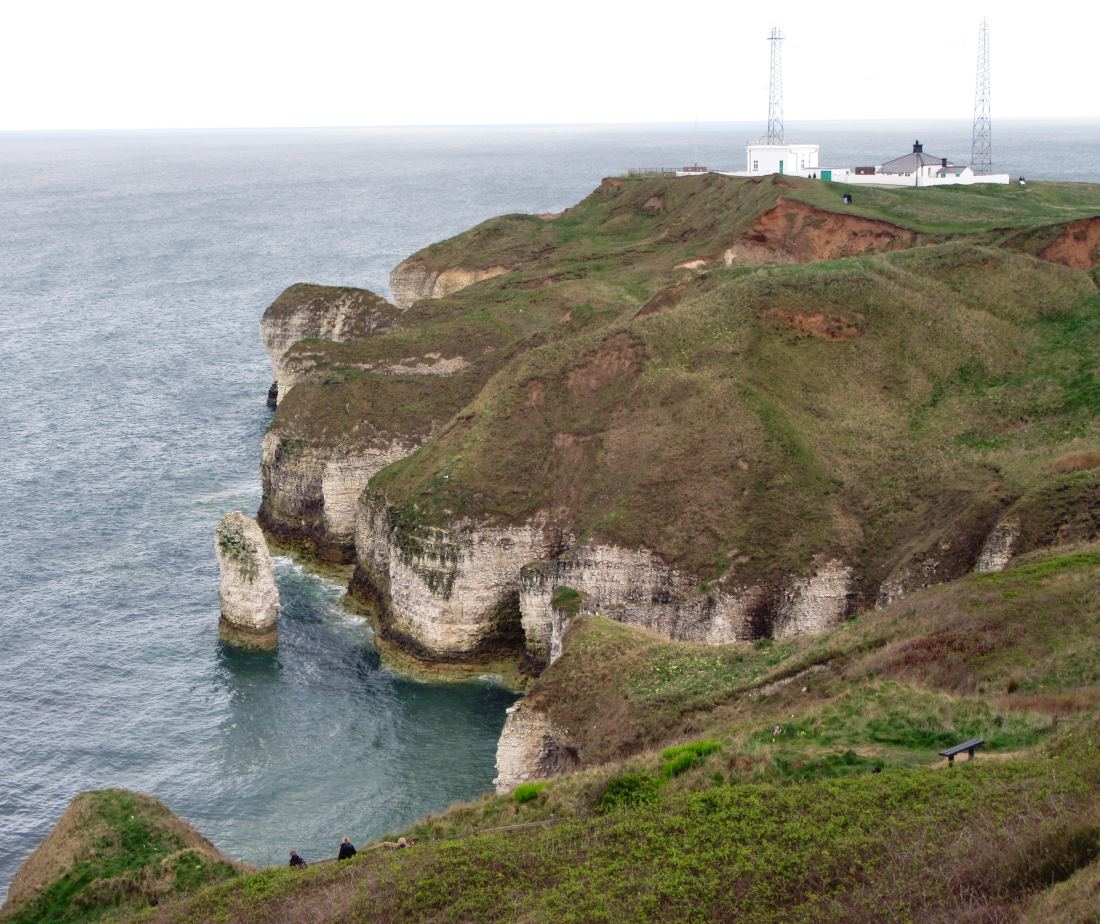 This is Flamborough Head itself (pic), a chalky rival to the Isle of Wight's Needles, except it's Yorkshire which means it's harder, brighter and better-looking. 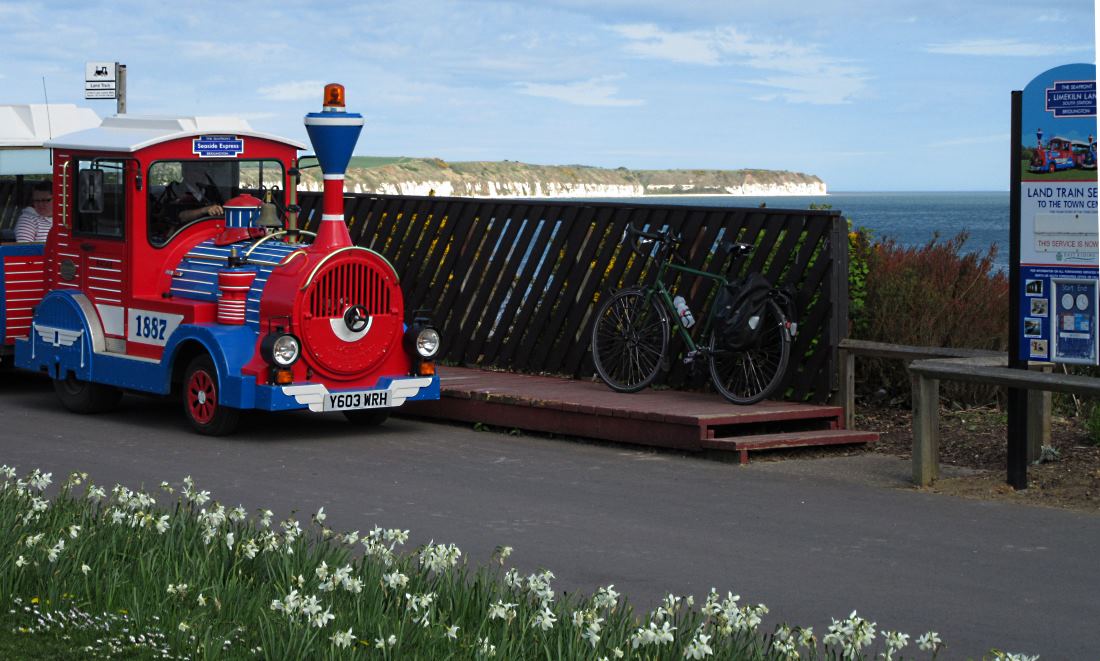 I toiled back west to Bridlington into the wind. There were no cycle spaces on the Land Train (renationalise the rail system NOW) so I enjoyed a sunny cycle into town along the lovely promenade (pic; that's Flamborough Head in the background). The prom also is the endpoint of the Way of the Roses, which runs 170 miles to Morecambe. With today's wind, you could have done the ride from the west coast in a day.

I used to say Bridlington is a place that grows on you, like athlete's foot. But actually, you know, I'm rather taking to the place. It was lively, full of people, and on this blowy but bright day was a very pleasant place to be. Not St Tropez, admittedly – where is? – but it was a nice reminder that Yorkshire has that bit of everything.

Then I enjoyed a sunny cycle to Wetherspoons. I wondered if it had been a location for the Dad's Army film too, because to judge by the taste, my pint of Riggwelter had a drink-by date of summer 1944.

Miles from York to Flamborough Head: 53