This is a leisure cycle trail, devised for York Cycle Campaign in May 2020. It is 24 miles long, starts and finishes at the Minster, and takes you past 16 of the strangest sights in the city that have never quite been fully explained. Or they ask more questions than they answer. Or they’re just plain weird, anyway. 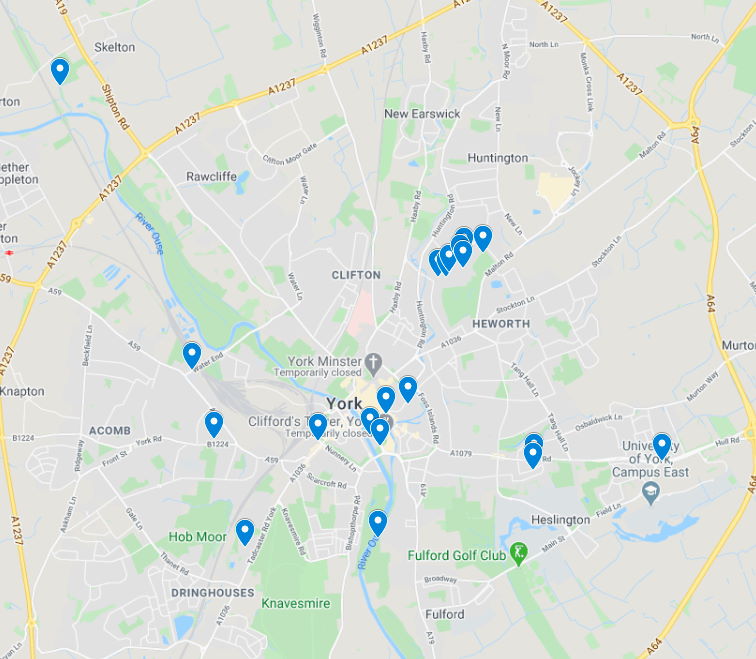 Allow at least half a day to see everything.

You can also see a Google map with all of the places mentioned. 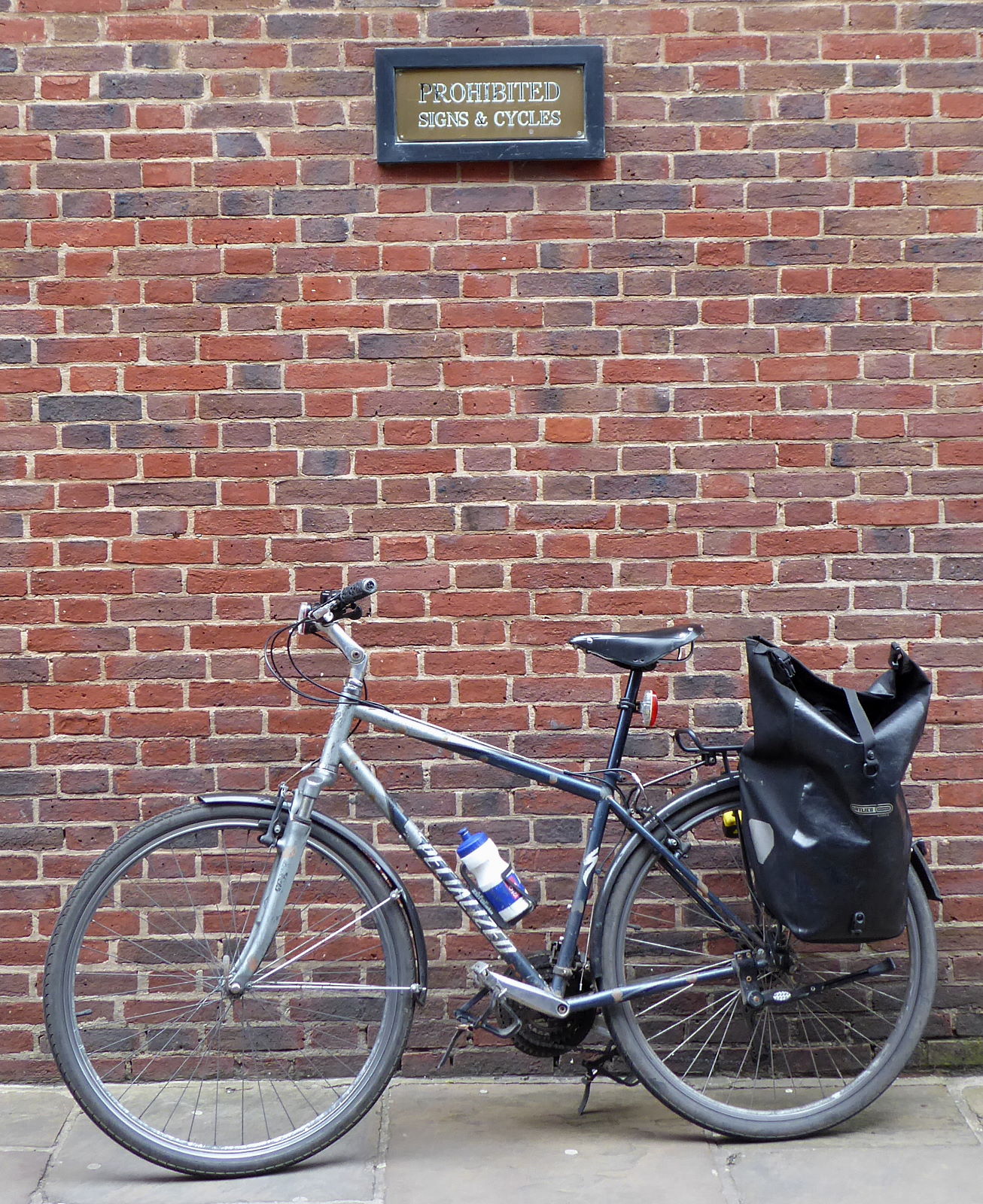 In Grape Lane is this sign telling you signs are prohibited. In fact there are two signs, each prohibiting itself, and the other.

Attempts to write foundations of mathematical logic have collapsed because of things like this.

But there’s worse: the signs prohibit cycles, too. 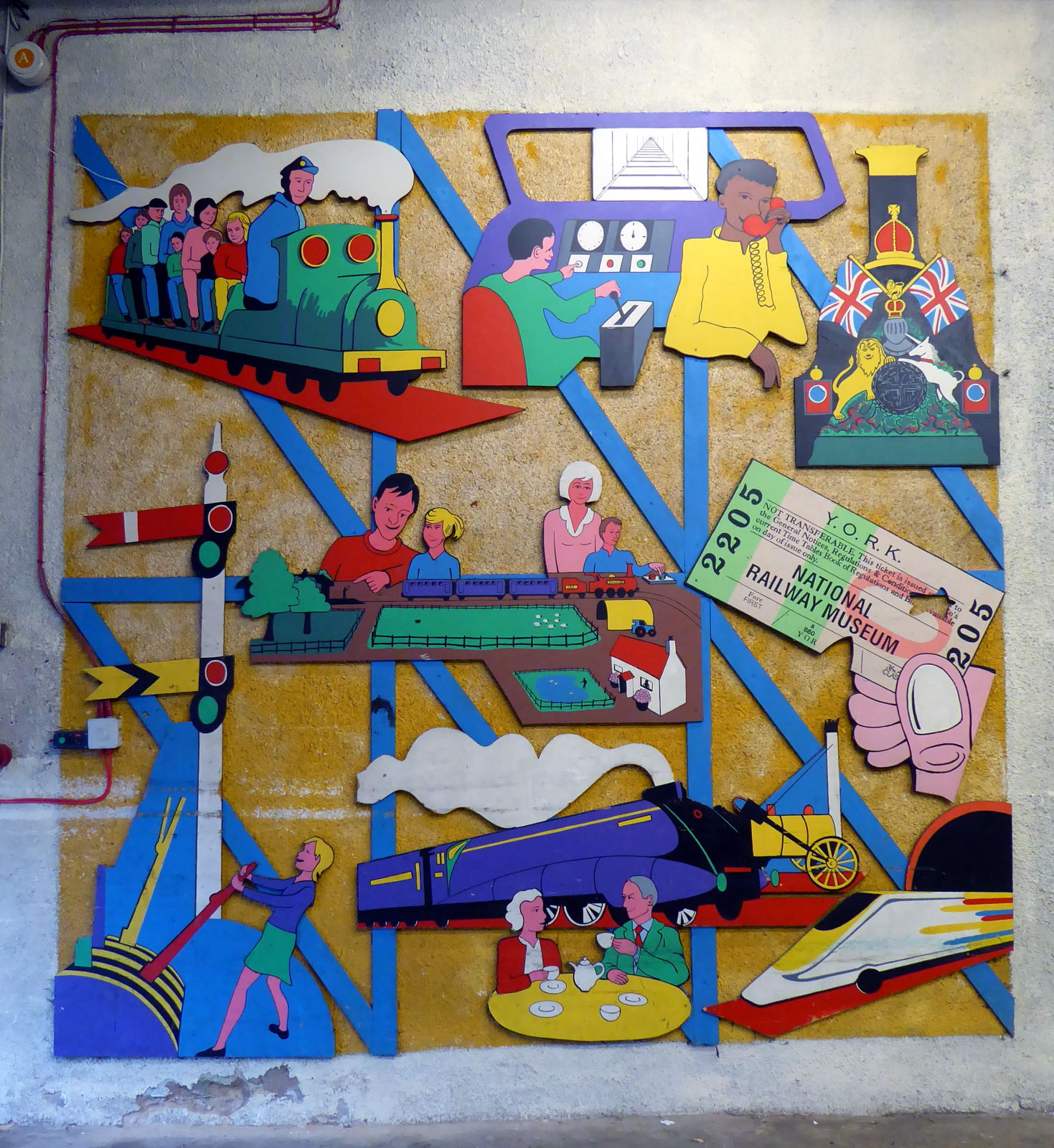 Nobody seems to know why it’s there or when it was created. It’s clearly something to do with the National Railway Museum and depicts Eurostar, so our guess for a date is 1992, when it reopened. However, even Marks & Spencer’s archivist can’t come up with any details.


Geisha of the Ouse 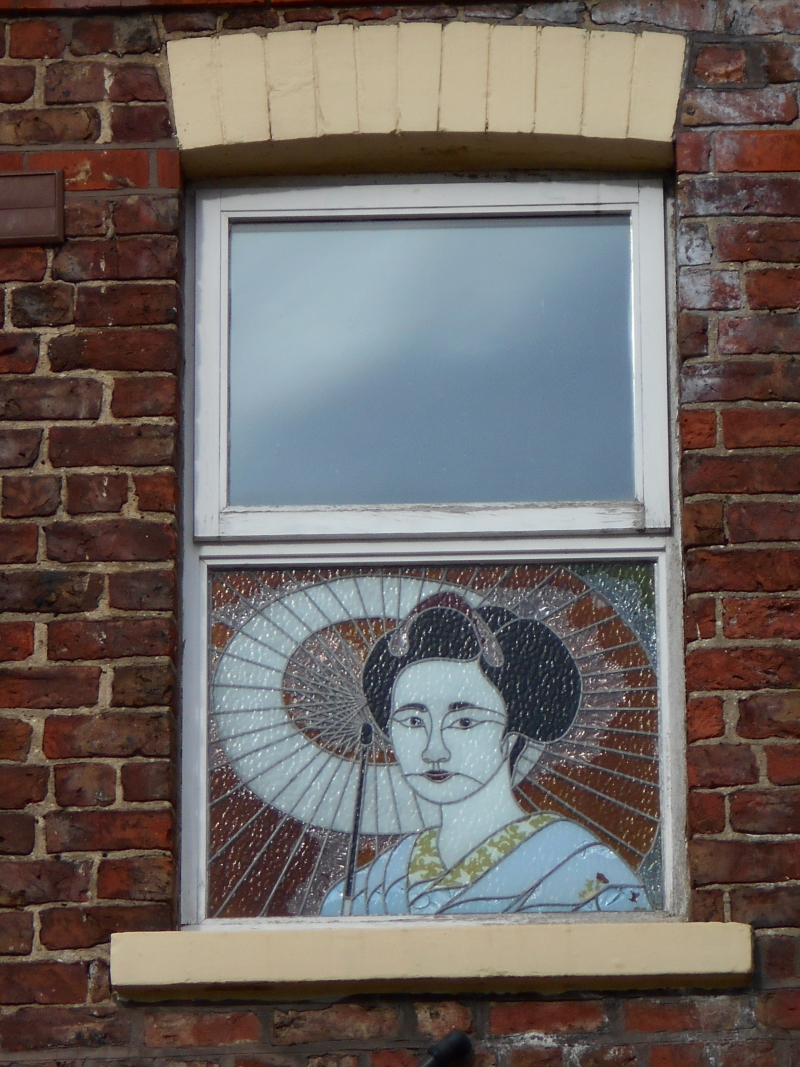 A first-floor stained glass window in a house (a holiday let, maybe) overlooking the riverside at King’s Staith features a slightly sombre-looking Japanese woman in a kimono with a parasol. 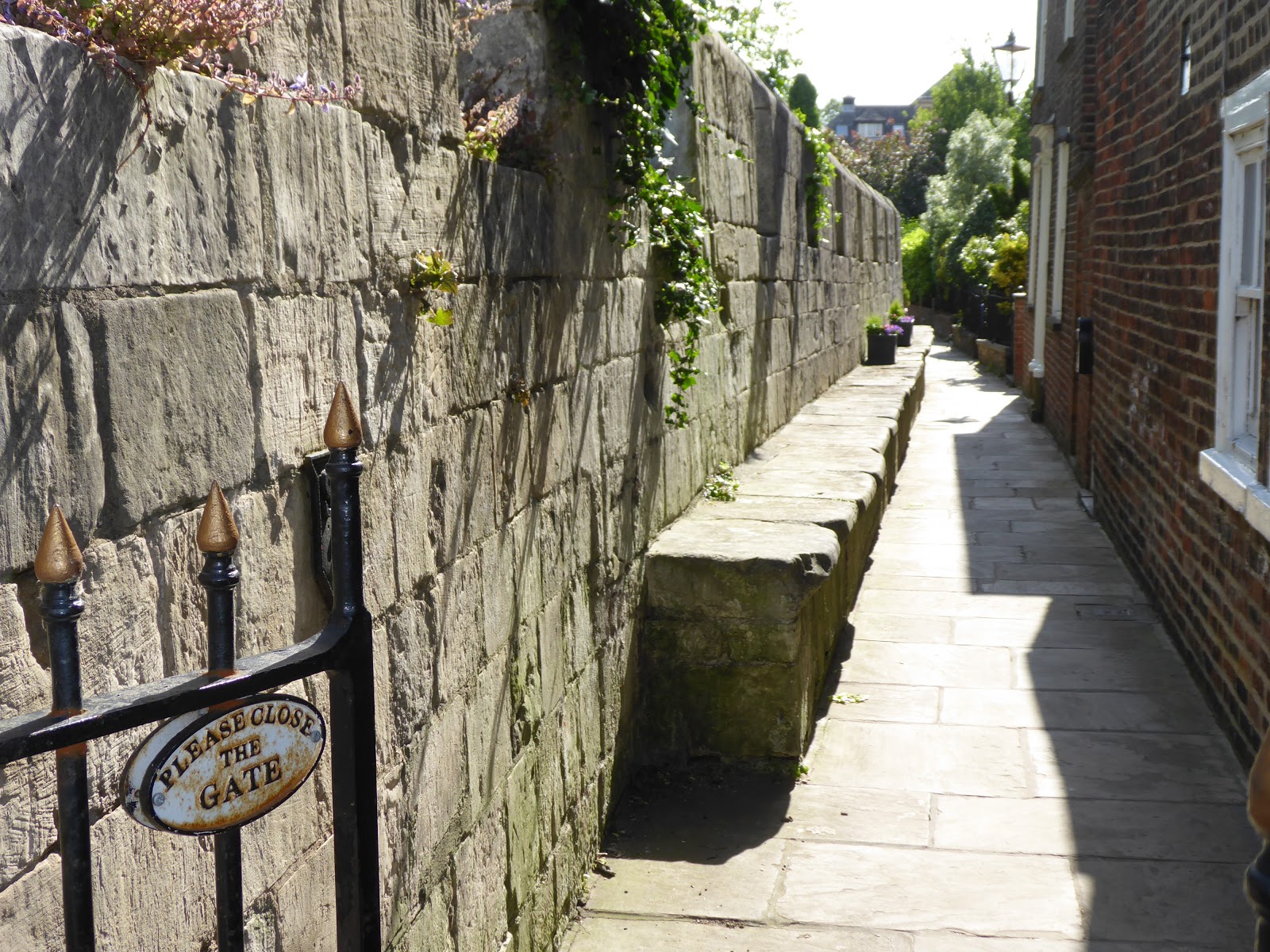 York’s majestic medieval city walls date back to Victorian times. But why is this stretch, opposite Clifford’s Tower, disconnected? Presumably it never was linked to the rest of the Wall, because it didn’t need to be: the marshy area between the Ouse and Foss was impenetrable enough for invaders who didn’t own a hovercraft.

Is the ledge a bench seat, or a viewing platform? Perhaps watching would-be invaders get stuck in the quicksand-like mud was a spectator sport. 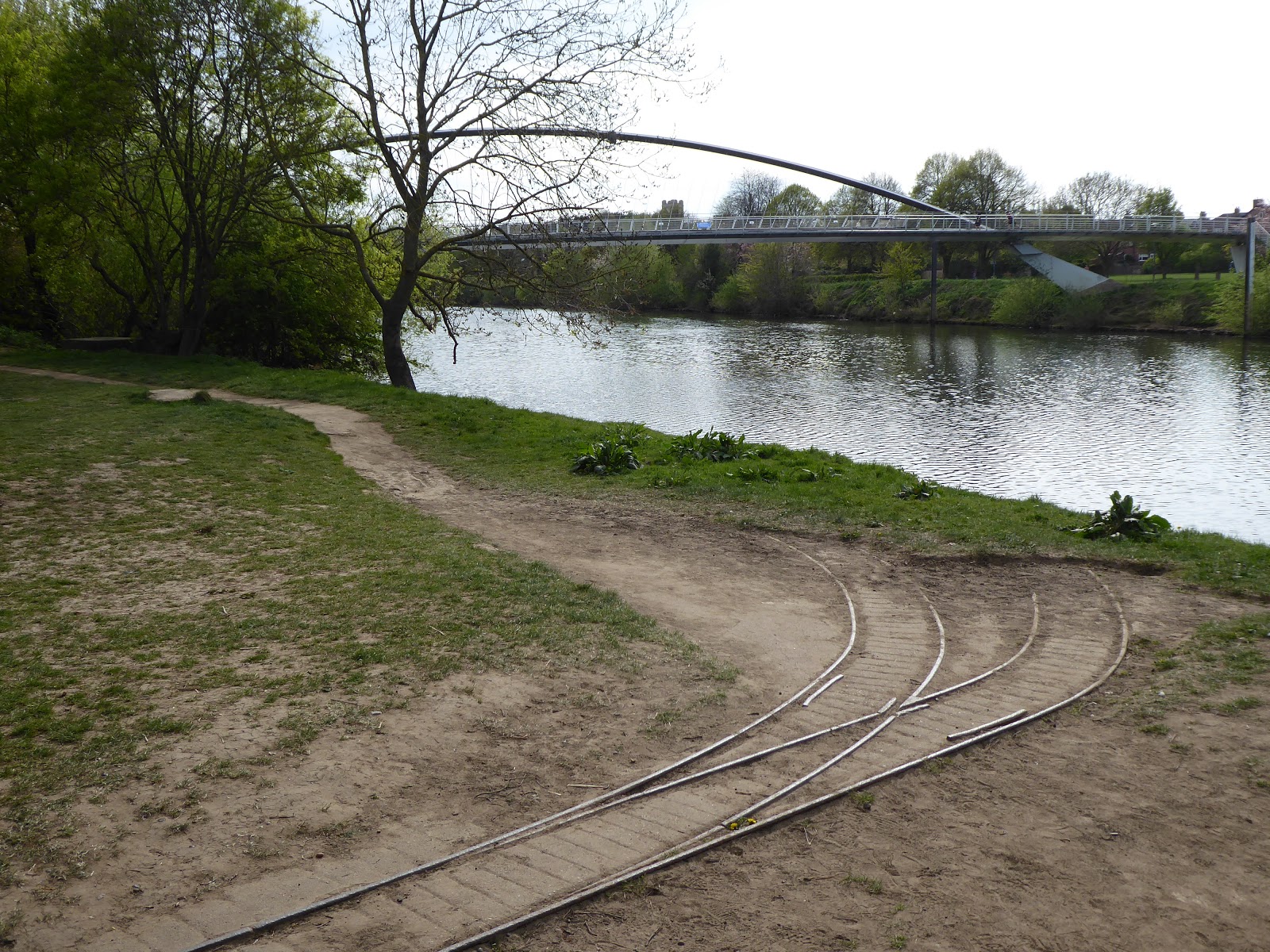 A light railway that appears out of a wall and disappears into the river by the Millennium Bridge. Perhaps it helped shuttle goods from a long-dead factory to waiting boats, but what those goods were, we don’t know. 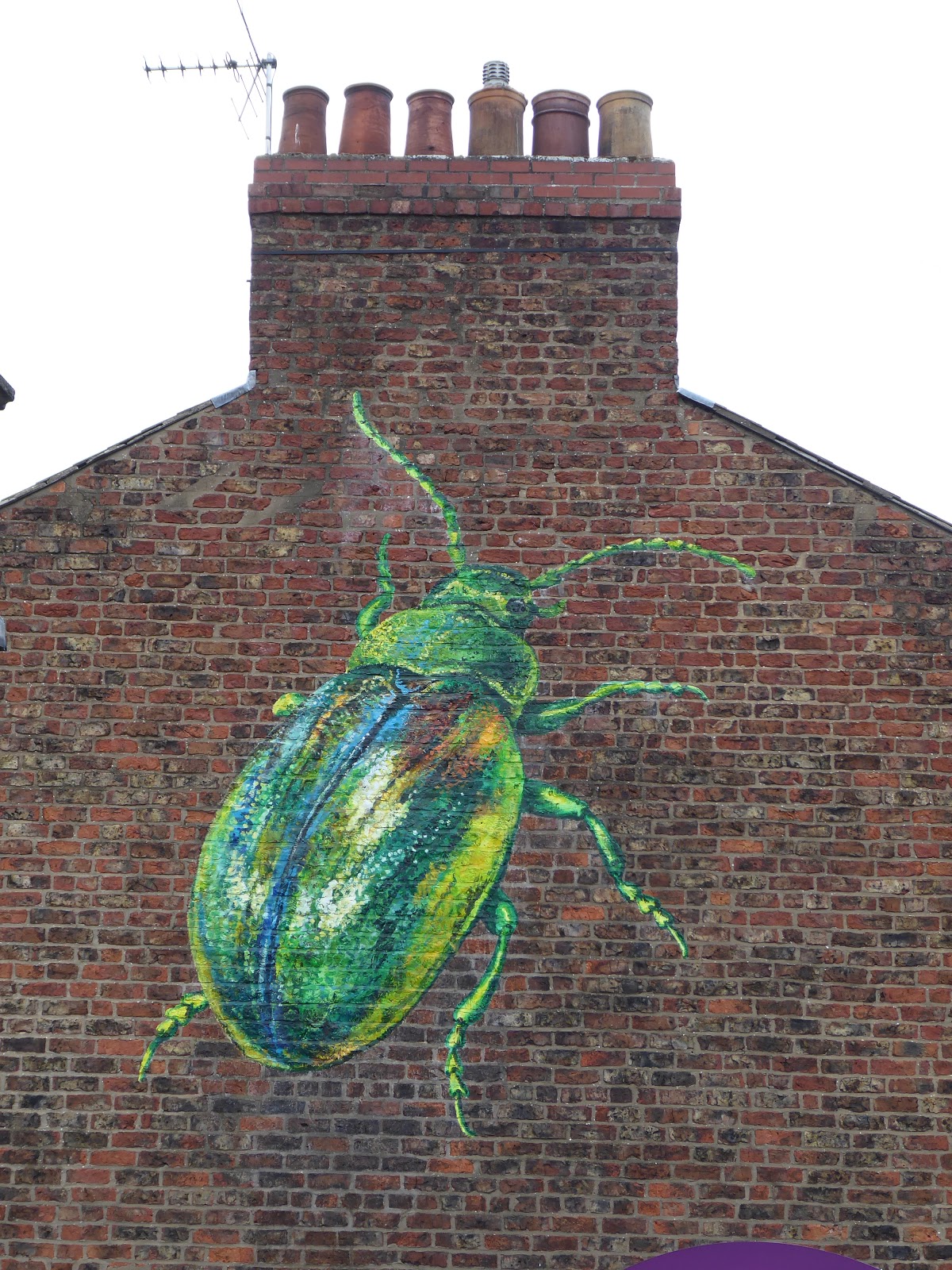 The side of a house near the railway station has a large mural of a Tansy Beetle, the rare, beautiful, iridescent green species that lives in York and almost nowhere else in Britain.

No mystery about the creator – it was street artist ATM – though it’s harder to explain the fact that we’ve allowed ourselves to trash the planet so comprehensively that so many animals are endangered like the Tansy. 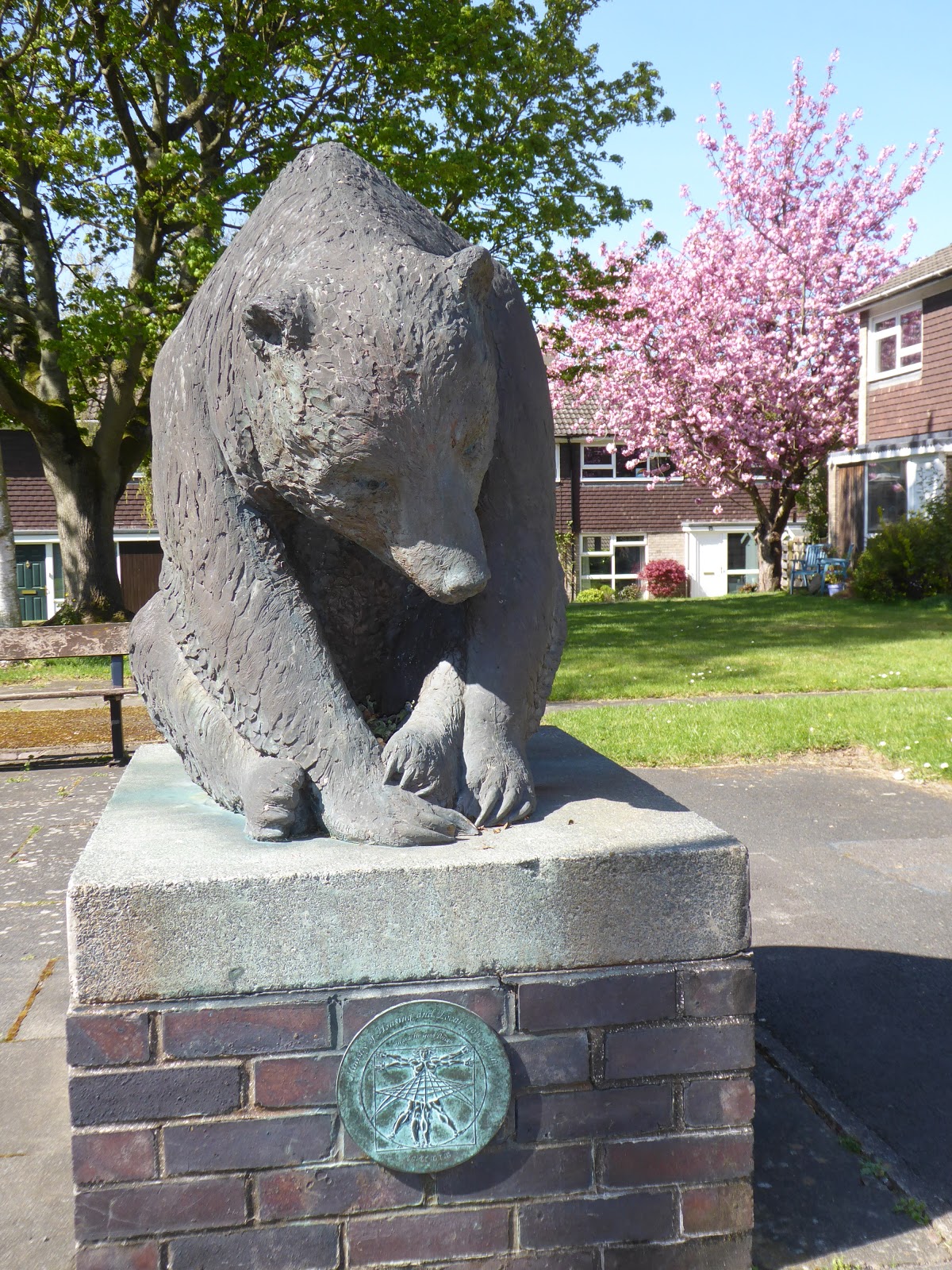 A puzzle. What is a rather downcast bear doing in this residential square, Chalfonts, off Taddy Rd? Nobody seems to know.

A worn plaque refers to an award won by the developers, Shepherd, in 1969 – but the company archive has no information. Local history group members have drawn a blank, too – there's no mention of the bear in contemporary newspapers, they tell us. 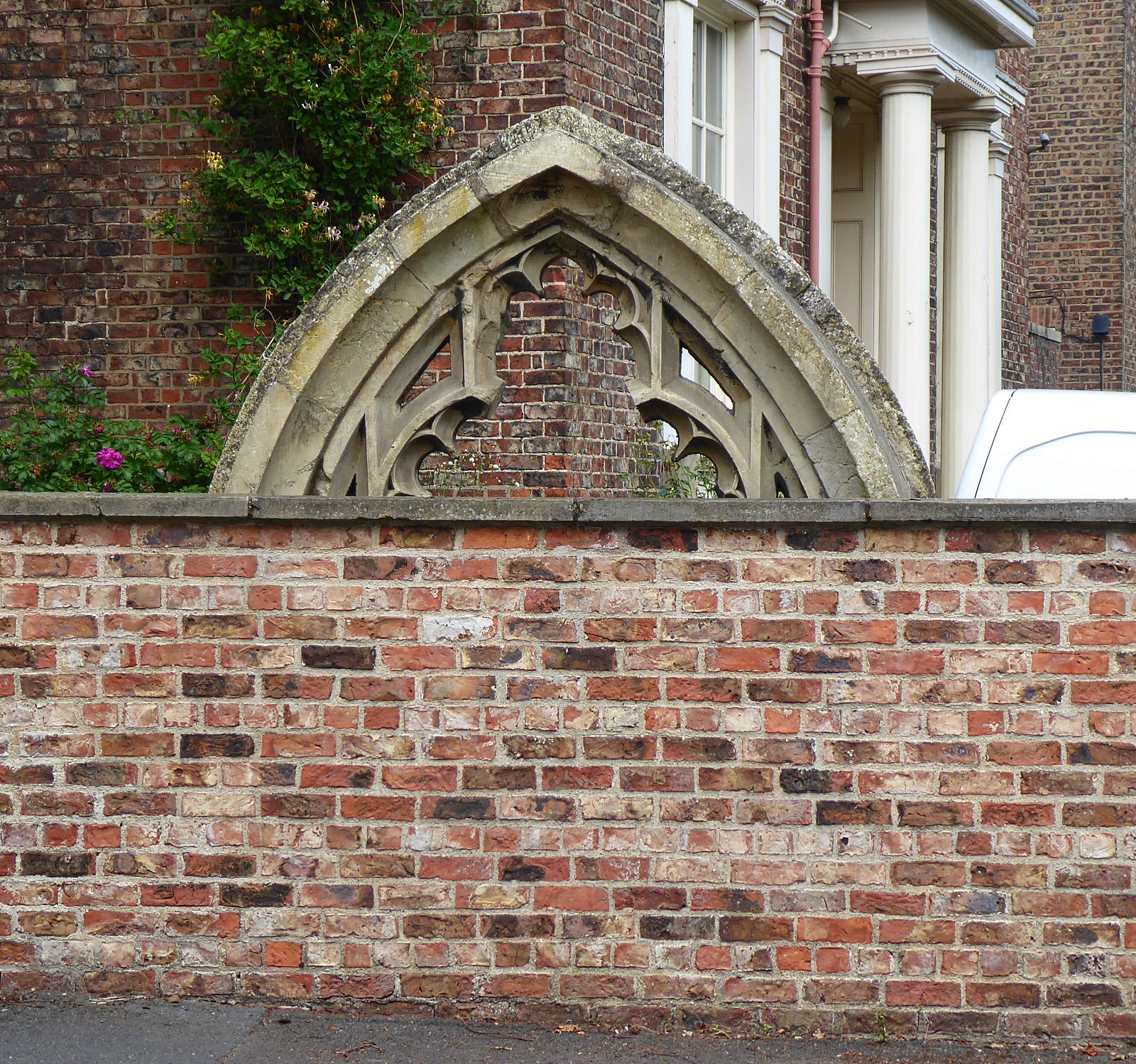 Why is there a huge ruined church window in someone’s garden in Nelson St, round the corner from that bear? Nobody seems to know, and even the provenance of the window is not certain. (The chapel of St James? The old church of St Helen?)

Perhaps fly-tipping was a problem in the 16th century, too. 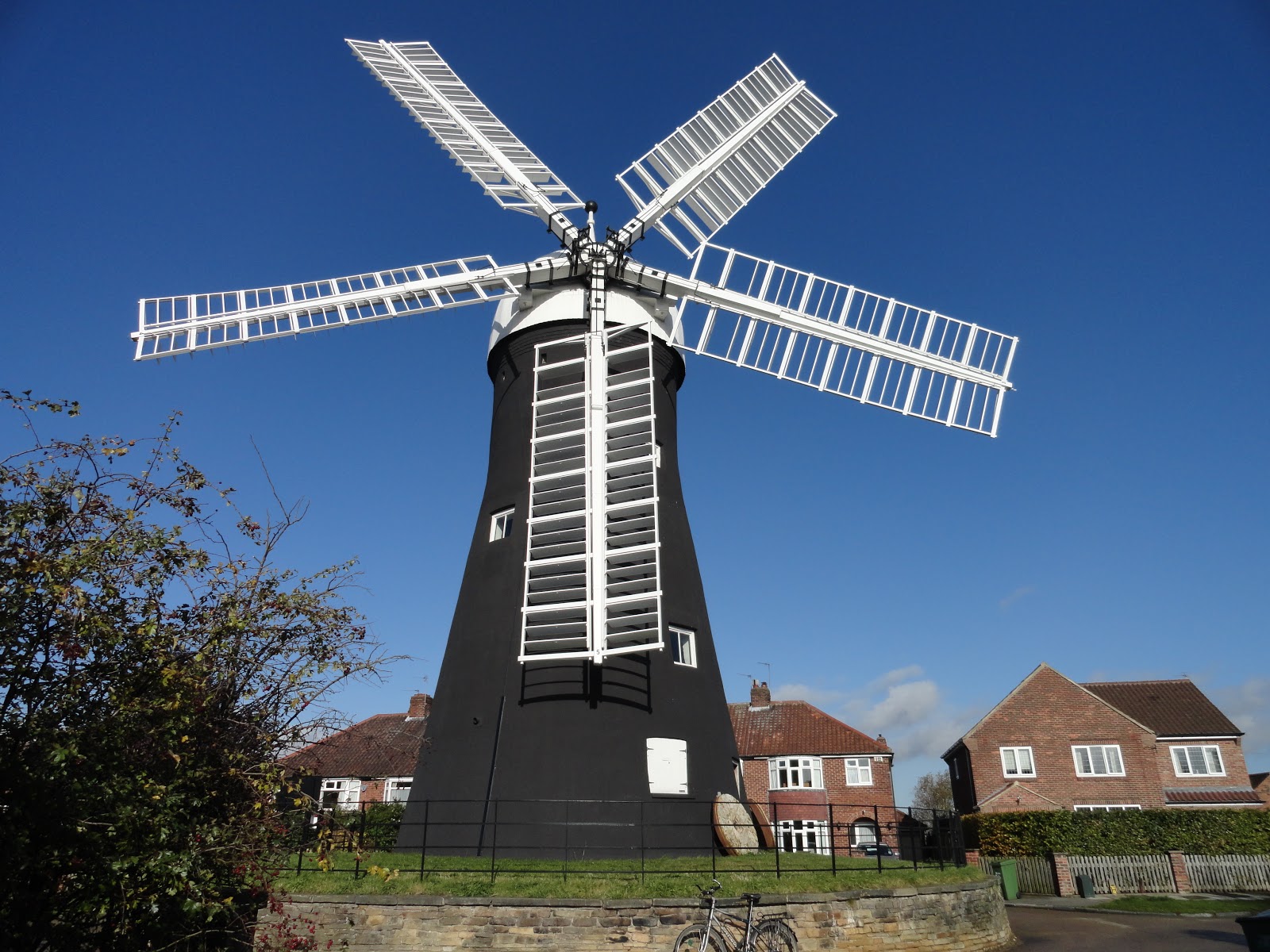 York’s curiously situated windmill would be iconic if the city weren’t so well off for other icons. The painstakingly restored, working 18th-century mill sells its own flour and yeast – handy if your supermarket has been panic-bought out.

But why is it in the middle of a housing estate, rather than blank farmland? Because the mill was there first, of course, and they built the 20th century development round it. The only unanswered question is really why it didn’t get demolished like all the other windmills York once had – a mystery whose consequence we’re happy about. 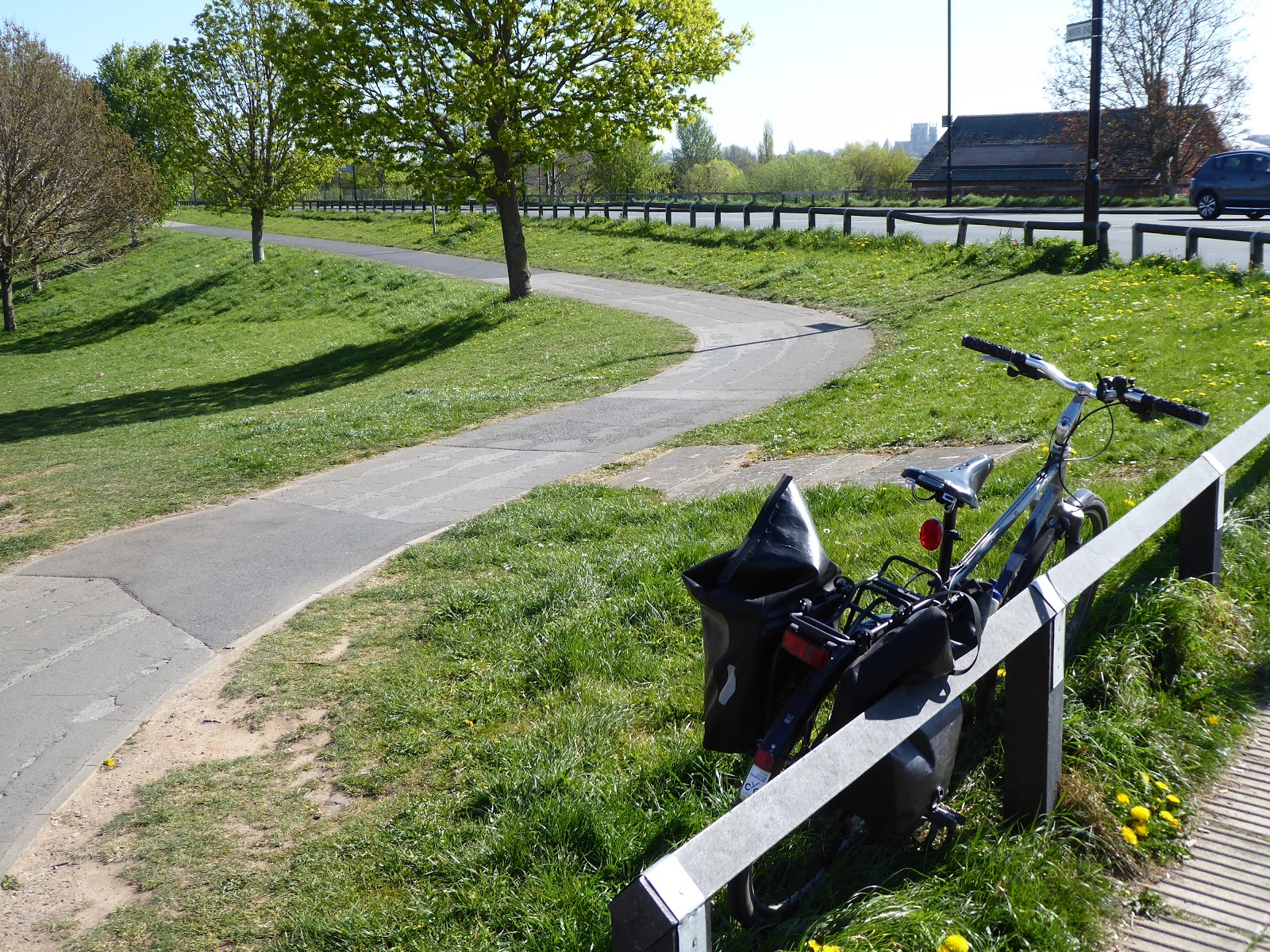 An optical illusion recalling Ayrshire’s ‘Electric Brae’. Looking north from the crossroads at the southern end of Water Lane, the cycle path looks to go clearly uphill. But sit on your bike and you find yourself freewheeling, apparently upwards.

It’s the eye being fooled by the angles of the road and the green, of course, but it’s an unsettling experience even when you know what’s going on. 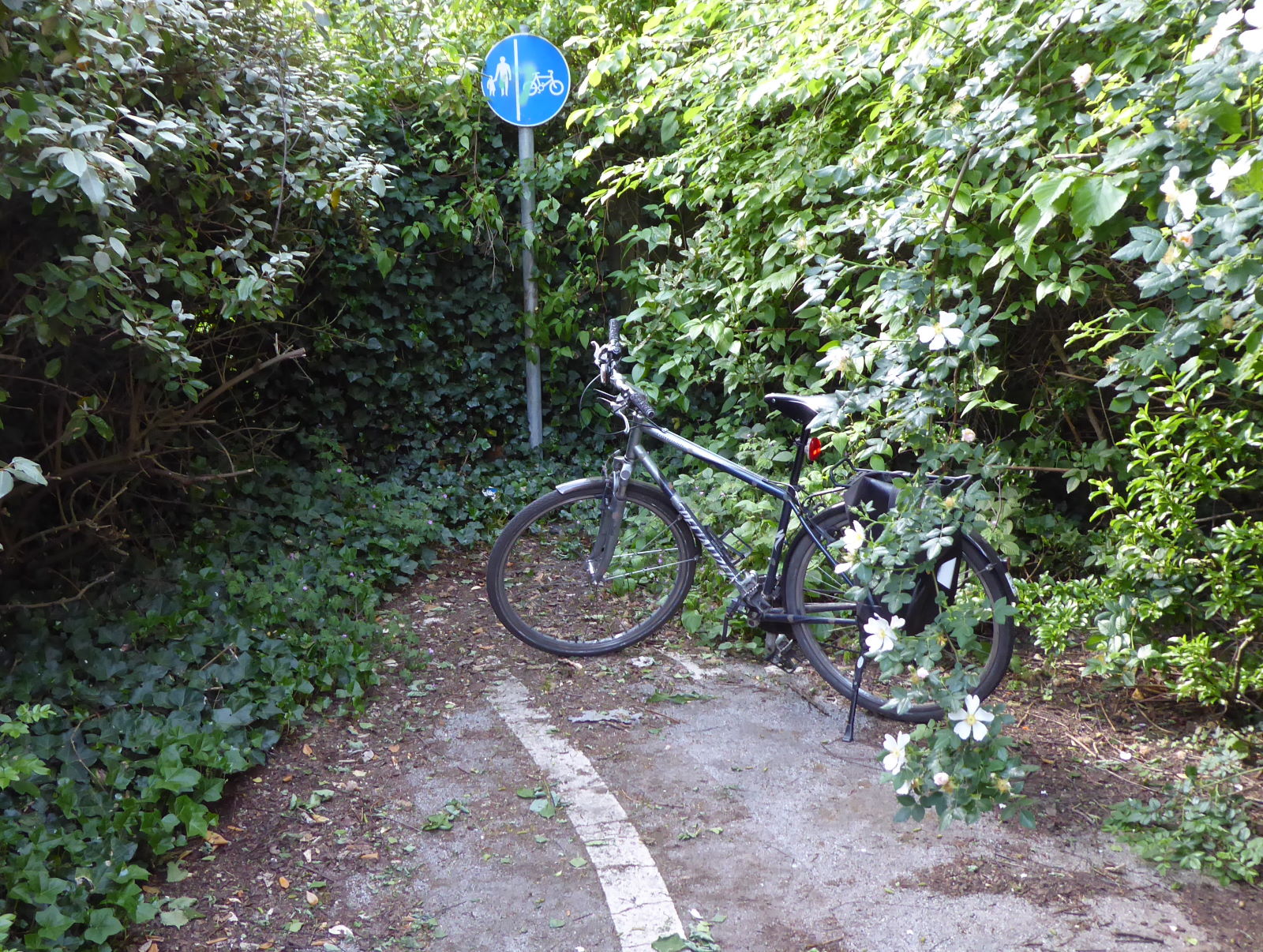 Why don't cyclists stick to the cycle paths? Because of facilities like this, in Severn Green near Poppleton. Evidently the path had ambitions to go somewhere once, but things didn’t quite work out. We all know the feeling. 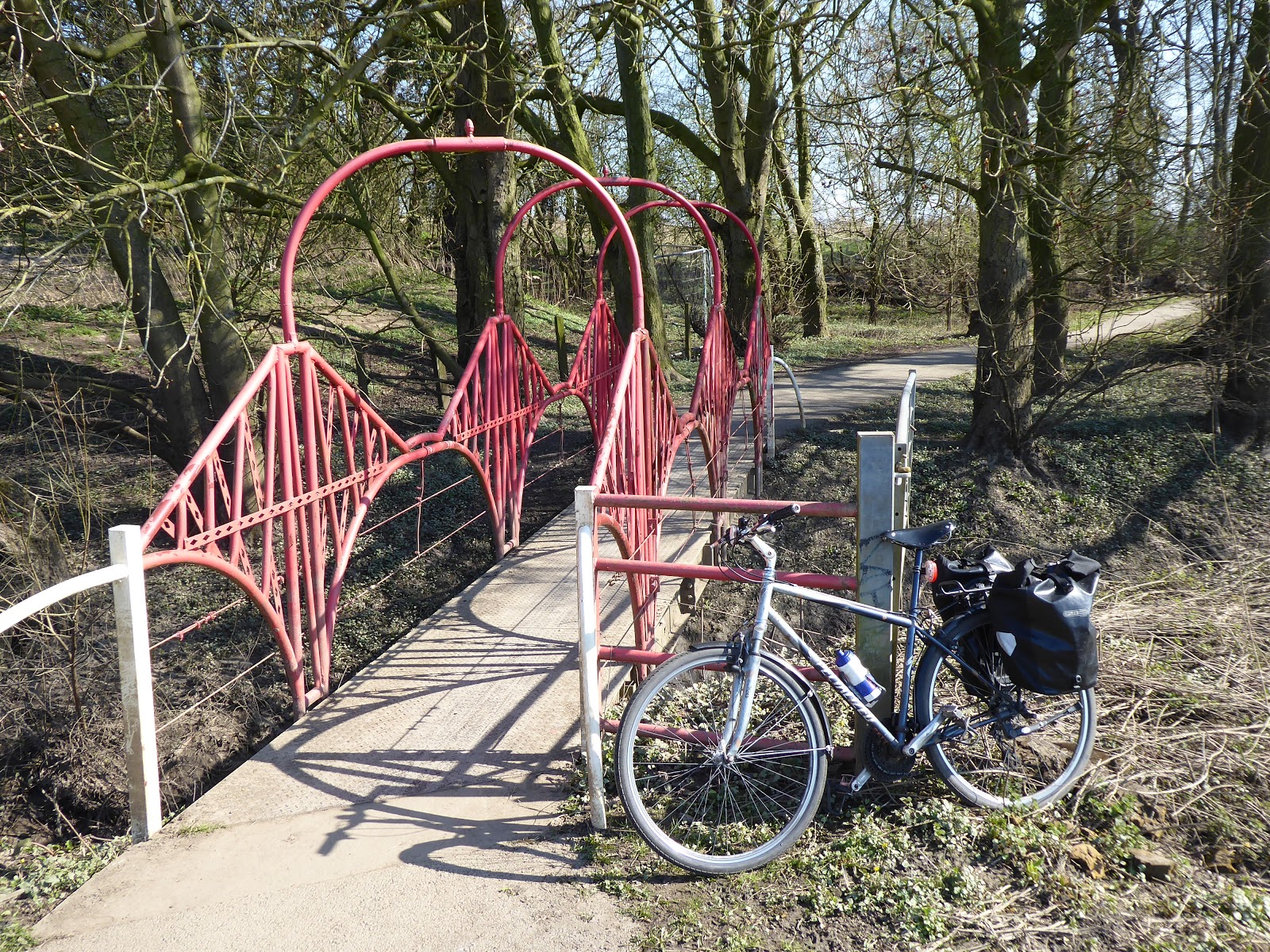 An enjoyable ride up NCN65, the riverside cycle path north out of the city centre, brings you to this miniature model of the Forth Bridge, saving you a journey of 200 miles up the rail line to see the real thing outside Edinburgh. It’s one of many trailside sculptures commissioned by Sustrans on the National Cycle Network.

How long does this one take to paint? 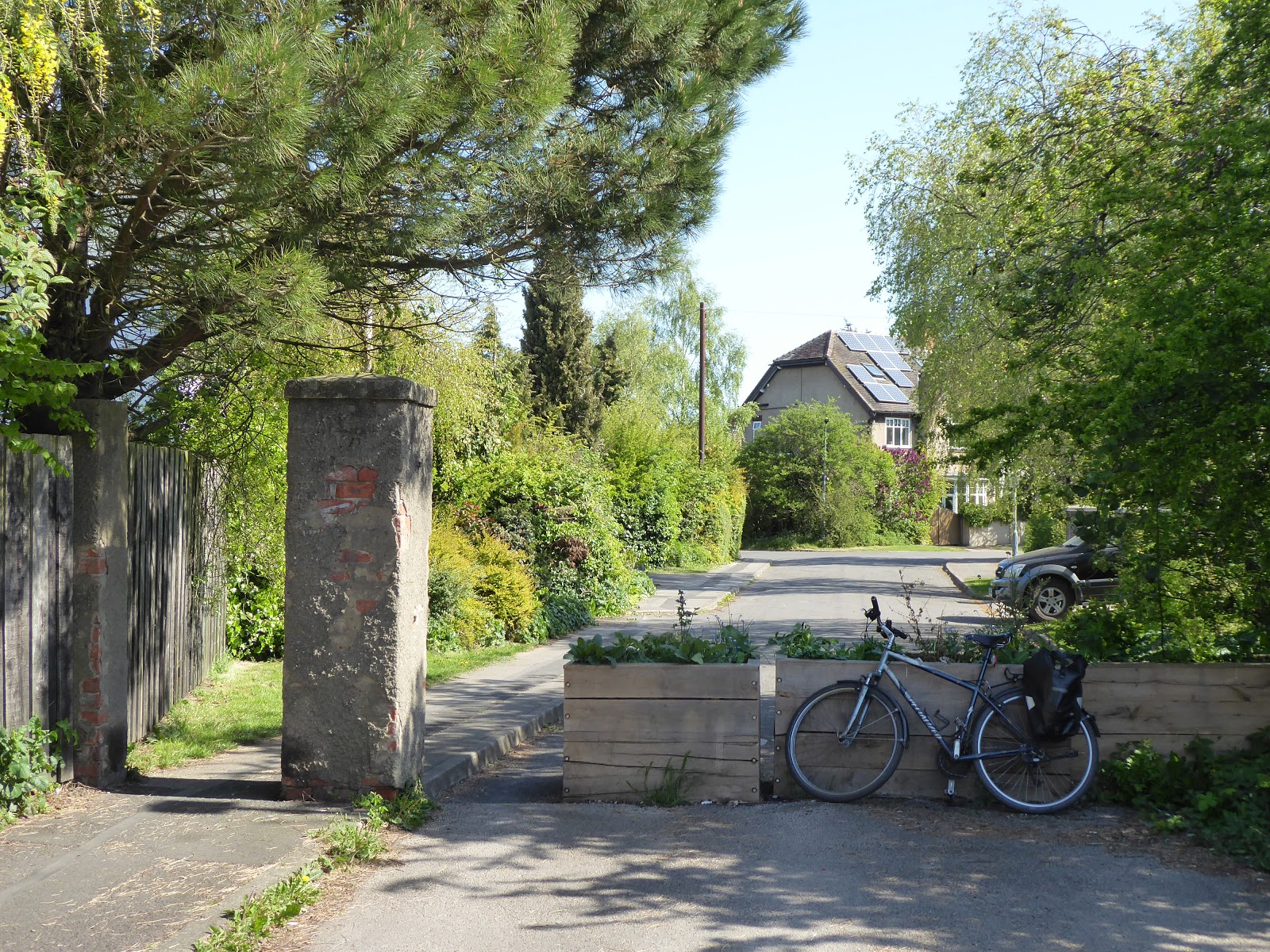 Around Muncastergate, a 1930s private road of handsome large houses, is a set of six roadblocks. They’re not traffic calming measures though, but social separation: when the council built housing estates round Muncastergate, these were installed. Fossway (main pic) used to have a locked gate that went right across, with keys only available to those on the private side.

York Stories blog investigated them in 2012, but many unanswered questions remain. Such as, how many managed to escape? And did the inhabitants of Muncastergate ever need an airlift of supplies? 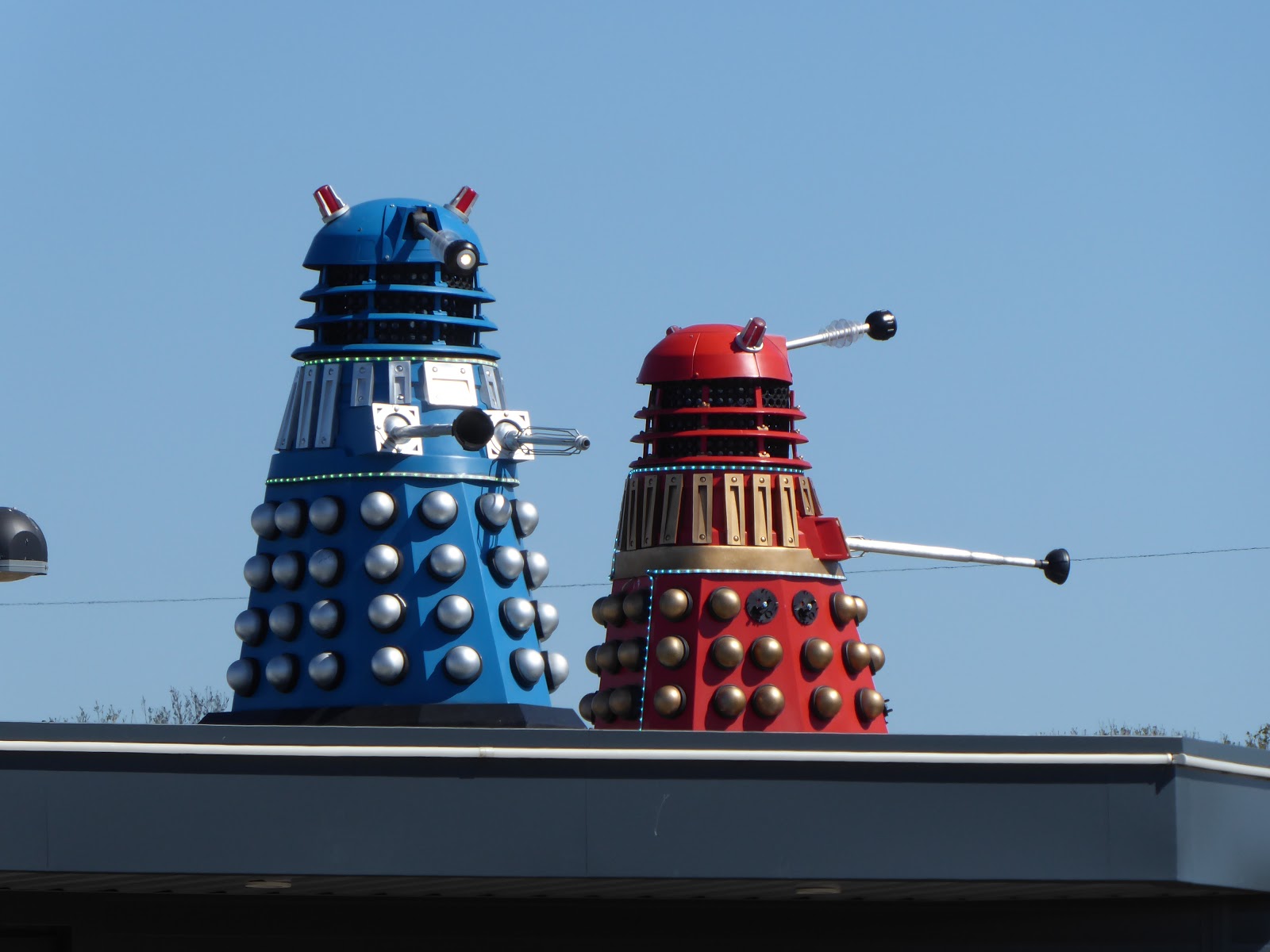 What are these full-size Dr Who figures doing on the roof of a petrol station near the ring road? 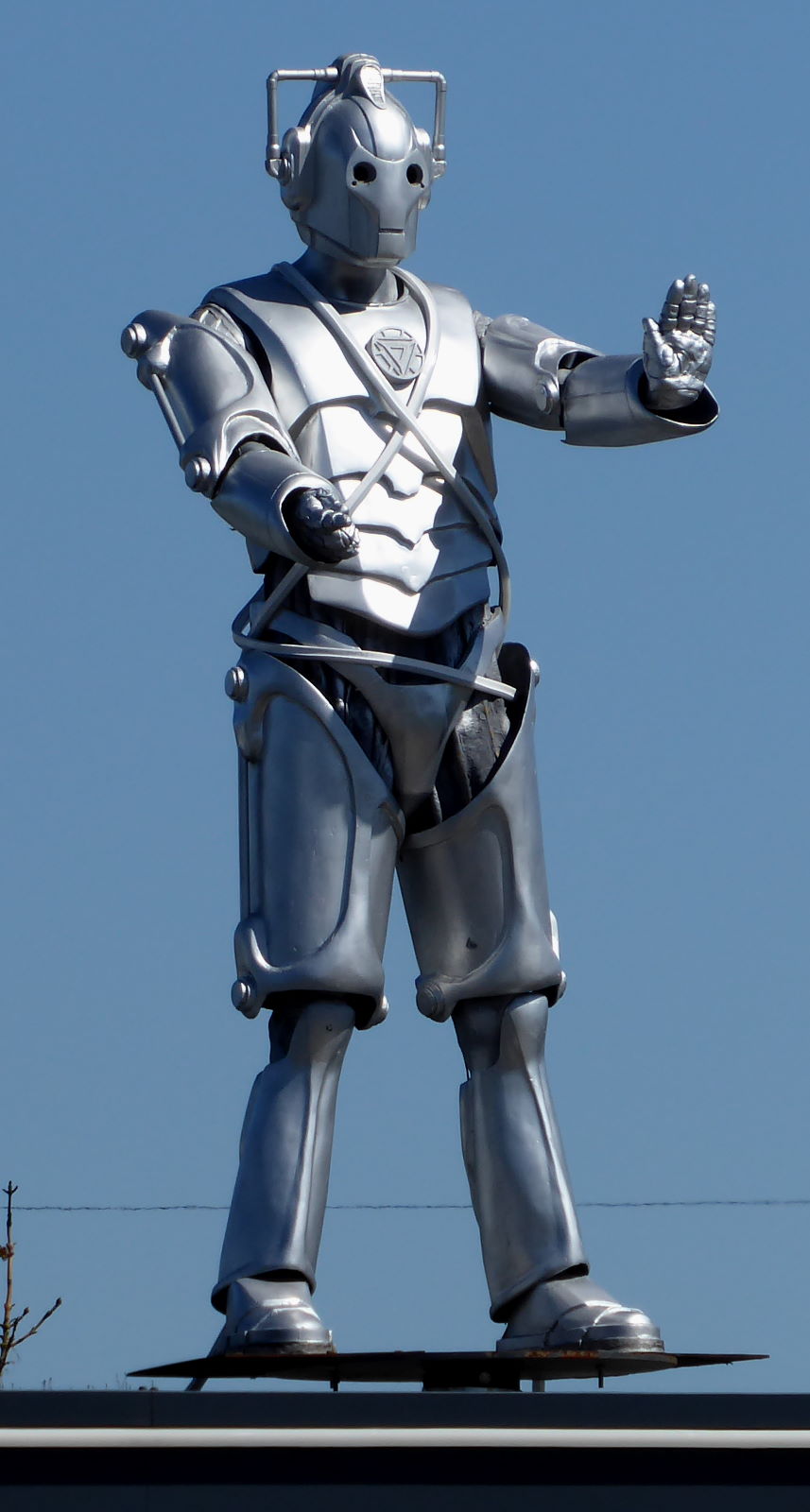 They – along with a Star Wars Stormtrooper and other figures – were installed by owner and sci-fi fan Graham Kennedy in 2014.

(The Transformer figure adorning a storage facility in the centre of town on Layerthorpe is also his.)

What we want to know though is, how come Daleks are still relying on fossil fuel to get around?

Why are these two small streets off Hull Road so named? Nobody seems to know. Old OS maps suggest that Cycle Street was built around 1900; Tandem Place, round the corner from it, is a recent development, named presumably in tribute. But why 'Cycle St'? Did some councillor, having to come with up names on deadline, decide to call it after the first thing they saw when they looked out the window? In which case we got off lightly.

As if we need to be reminded about security, just round the corner from these culs-de-sac is Thief Lane. As it happens, York does not have a Lock Street – though there is a Lock House on Landings Lane in Haxby. 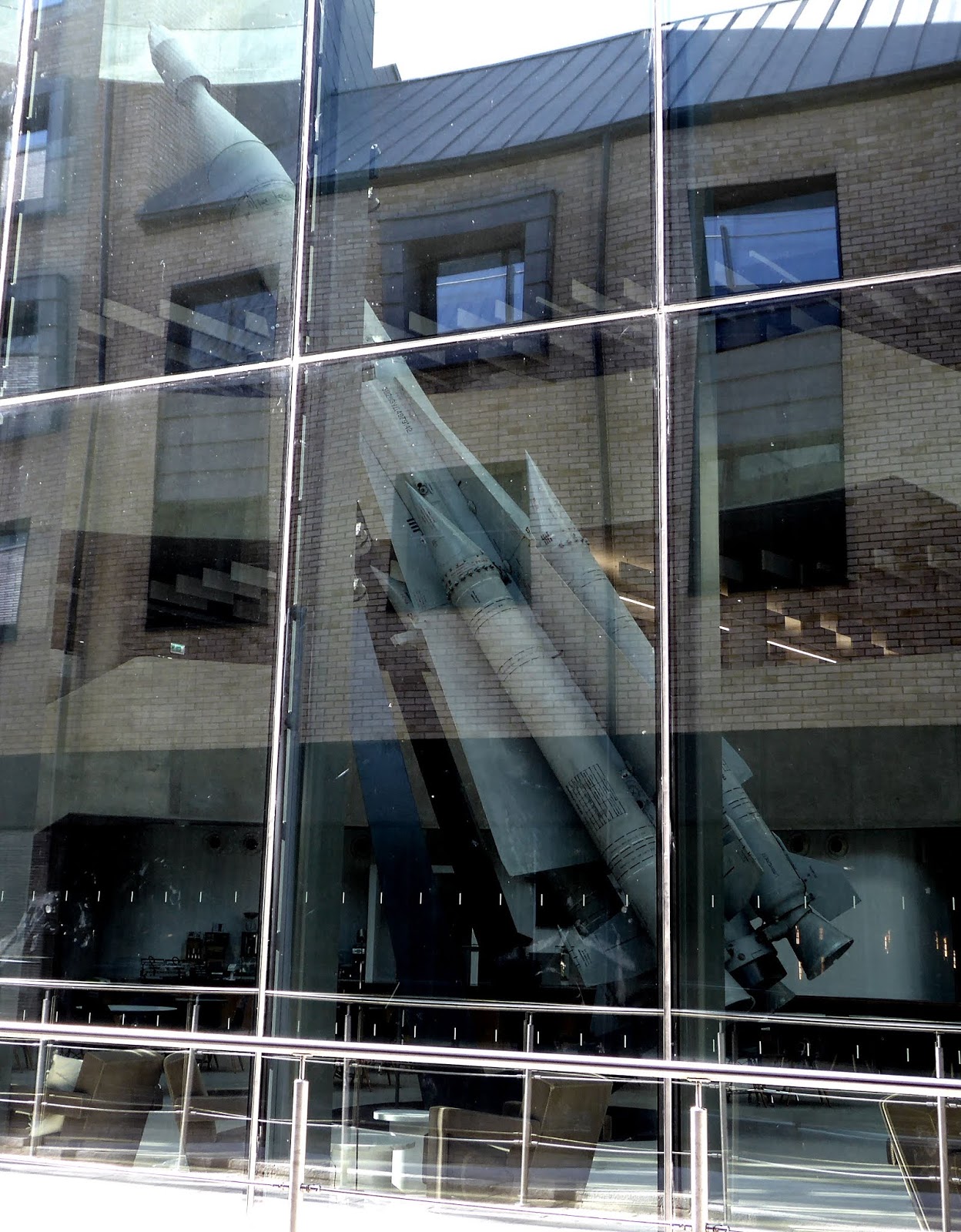 There’s more about the company and the rocket on the Hiscox website, but it doesn’t answer the question of why it’s there. Or how they managed to get it in.

We had enough trouble getting our new cooker into the kitchen.

We hope you enjoyed the ride. If you have any information about any of things here, do let us know by email.